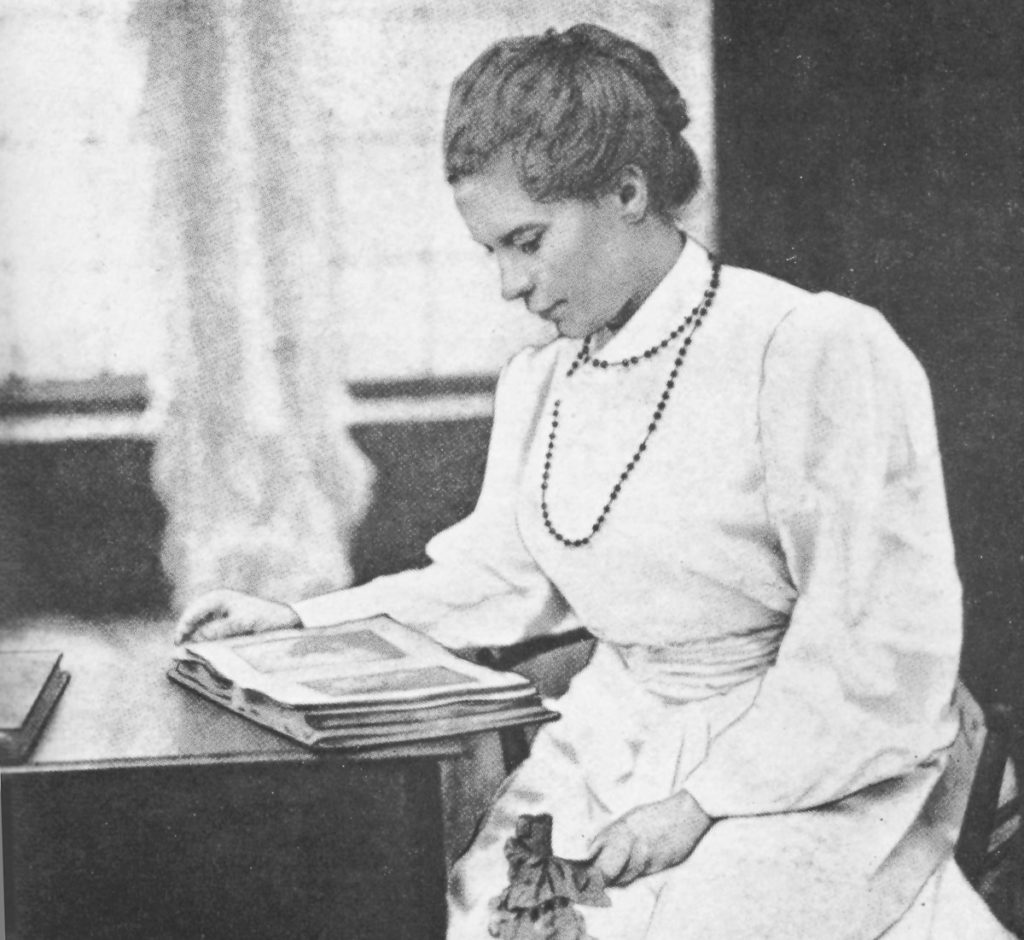 “I have attained Samadhi in grammar, whatever I write becomes the language”, wrote Nivedita once to a friend. She was a prolific author. During her first year in India itself she had started working on ‘Kali the Mother’ which had come out while Swamiji was alive. Her next important book was ‘The Web of Indian life’ which created huge impact in the West and had rich details from an insider’s view of Indian life. Thematically similar was her ‘Studies from an Eastern Home’. She had started writing stories which she had read and heard from her Master in a collection which was first intended to be for school children of the West. But the publication got delayed as the publisher who had first suggested the project to her backed out. But when it did come out, the book, ‘Cradle Tales of Hinduism’, created considerable impact. Many of her writings were collected together thematically and published posthumously – like ‘Religion and Dharma’, ‘Civic and National Ideals’, ‘Hints on National Education in India’, and ‘Footfalls of Indian History’. She also published shorter works like ‘Kedarnath and Badrinarayan : A Pilgrim’s Diary’, and ‘Siva and Buddha’. A few of her longer articles like ‘Lambs Among Wolves’ (which she wrote in 1901 in England in order to counter the highly negative Western missionary propaganda about Indian life), ‘Aggressive Hinduism’ (which she wrote in 1905 this in spirit of a last testament of sorts), were brought out in booklet form. Also brought out as a separate book was the series of articles she wrote for the ‘Modern Review’ following her travel and relief-work in the East Bengal famine of 1906 titled ‘Glimpses of Famine and Flood in East Bengal in 1906’.

During all those years Nivedita had always been aware of a heavy responsibility upon her shoulders – to leave for posterity what she had received from her Master. She also had a strong feeling that her Master had specially chosen her as the broadcaster of his deepest thoughts.

And how short was the time that He gave me for training! … I can see now that He was longing for someone to pour His own mind and thought into. Oh that I may never harden my nature so as to lose one atom of it!

In the beginning she had thought she should attempt writing the Swami’s biography. But she struggled to make a beginning, often thinking that to capture the mind and thoughts of such a towering life and its historical significance for the whole world was a task well beyond her.

Should I tell the story of your life, beloved Master? Alas, I cannot. Who am I, that I should understand it all? In what form do you appeal most deeply to the heart of India? To the Orthodox? To the Modern?..Or in what form does your western world most love you? How did the Americans see you? How did you show yourself to the Englishman? Only one whose hands ranged over a wide keyboard, could interpret adequately the music that you made.

Slowly she arrived at the right form – it was going to be a subjective view of her Master. Even while the Swami was living, Nivedita always had the feeling of being a transmitter of the grand life and mission she had closely witnessed. She knew this will be the work of her life.

I know that if I succeed, it will be the work of my life. The one thing, in fact, that I have to give. And I feel more and more that all that training was not really given to me—but to all the Indian generations through me, in some way. I am trusting, trusting, trusting that He will guide my hand line by line.

And thus came out Nivedita’s most important book, ‘The Master as I saw him’. She took five years to complete the book and in February 1910 on Swamiji’s birthday placed a bound volume reverentially in his room at the Belur Math. T.K. Cheyne, editor of the prestigious Hibbert Journal wrote, “This book may be placed among the choicest religious classics, on the same shelf with the Confessions of Saint Augustine and Sabatier’s Life of Saint Francis.

Another account, more in form of a diary, of the time she spent with Swamiji was ‘Notes of Some Wanderings with the Swami Vivekananda’.

A historically important contribution of Nivedita (even though of a few pages only) is her masterly introduction to the Complete Works of Swami Vivekananda. One gets a feeling that scarcely anyone was better suited to put Vivekananda’s whole mission’s work in a perspective as Nivedita does.

She writes, “What Hindusim needed amidst the general disintegration of the modern era, was a rock where she could lie at anchor, an authoritative utterance in which she might recognize herself. And this was given to her, in these words and writings of the Swami Vivekananda.”

Nivedita knew the historical import of the corpus of Swamiji’s works :

“For the first time in history…Hindusim itself forms here the subject of generalization of a Hindu mind of highest order. For ages to come, the Hindu man who would verify, the Hindu mother who would teach her children, what was the faith of their ancestors, will turn to the pages of these books for assurance and light. Long after the English language has disappeared from India, the gift that has been made, through that language, to the world, will remain and bear its fruit in East and West alike. What Hindusim had needed, was the organizing and consolidating of its own idea. What the world had needed was a faith that had no fear of truth. Both these are found here. “

Nivedita emphasised that it was in its articulation of the timeless truths that Vivekananda’s contribution really was. “He stands merely as a Revealer, the Interpreter to Indiaof the treasures that she herself posseses in herself. The truths he preaches would have been true had he never been born. Nay more, they would have been equally authentic. The difference would have lain in their difficulty of access, in their want of modern clearness and incisiveness of statement, and in their loss of mutual coherence and unity. Had he not lived, texts that today will carry the bread of life to thousands might have remained the obscure disputes of the scholars.”

Nivedita had captured and voiced what can be seen as the essence of Swamiji’s life and work – namely, ‘The Many and One are the same Reality, perceived by the mind at different times and in different attitudes’

She underscores the tremendous import of this :

“It is this which adds its crowing significance to our Master’s life, for here he becomes the meeting-point, not only of East and West, but also of past and future. If the many and the One be indeed the same Reality, then it is not all modes of worship alone, but equally all modes of work, all modes of struggle, all modes of creation, which are paths of realisation. No distinction henceforth, between sacred and the secular. To labour is to pray. To conquer is to renounce. Life is itself religion. To have and hold is as stern a trust as to quit and avoid.

This is the realisation which makes Vivekananda the great preacher of Karma, not as divorces from, but as expressing Jnanam and Bhakti. To him, the workshop, the study, the farmyard and the field, are as true and fit scenes for the meeting of God with man as the cell of the monk or the door of the temple. To him, there is no difference between service of man and worship of God, between manliness and faith, between true righteousness and spirituality.

Beside a good number of books she wrote profusely in the ‘Modern Review’, ‘Bande Matram’ (jointly edited by Bipin Pal and Aurobindo Ghosh), ‘Karmayogin (edited by Aurobindo – its last few numbers edited by Nivedita herself), ‘New India’ (edited by Bipin Pal), Sandhya (edited by Brahmabandhav Upadhayay), Amrit Bazar Patrika, and last but not the least, ‘The Statesman’, edited by her friend and admirer S.K. Ratcliffe, beside occasionally in the London press of the day. Ramananda Chatterjee, editor of Modern Review and Prabashi, later called her a born journalist, having the rare talent of bringing extraordinary dimensions into even seemingly commonplace matters. It appears almost miraculous as to how clear her comprehension of Indian civilization, way of life, and most importantly identification with the general spirit of the people was, despite being born and raised in a completely alien culture. It is unmistakably reflected in her written works.

Nivedita was a prolific letter-writer with her published letters numbering around thousand. A large number of these were written to Josephine Macleod. They are an invaluable source of how she lived her life and engaged with people around her.